There hasn’t been a “QR Codes Are Dead” article published for quite some time. It seems people have realized that the print-to-digital links are escalating in usage, not only in Asia, where they have been popular since their inception in the 1990s, but all over the world and with great success.

As recently reported, uQR.me has been working with cities and towns across the world to help them use QR codes for Smart City hubs of information. Antwerp’s use of QR codes for public transit information was a huge success, now being expanded to all of Belgium.

The U.S. Department of Transportation is also getting into QR codes for consumer information with be a new feature where a shopper looking for a new car can scan a QR code, which will take them to a website where they can input their personal driving information to obtain fuel consumption data for a certain car/vehicle model. As not everyone drives the same way, the mileage listings on new cars may, as they warn, vary, so this new feature will be able to customize the car to the person to see if it’s the right fit for them, as well as their fuel budget.

Easy Taxi is another innovative way QR codes are being used for the betterment on transportation needs. By scanning their QR code, generated via uQR.me, you get free and instant access to get a cab and in a matter of minutes it’ll be there, ready to take you to your destination. Easy Taxi has expanded to more than 30 countries and over 150 cities.

QR code scanning/payments (CurrentC) and NFC are two of the most popular right now, and even Apple Pay NFC is still having major problems with glitches and security issues (Apple Pay glitch sees some early adopters hit with duplicate charges). Early glitches with Apple Pay was traced to, or blamed on Bank of America, according to a report at 9to5Mac.

Want to send people to a certain location? Find an object, your business or buried treasure? Fred Trotter demonstrates how he uses the GPS function of QR codes.

What do you do when you can’t post a sign with a QR code at an event or something temporary? A little aerosol chalk spray and a QR code mesh (like the one Fred Trotter created in the previous video) and BINGO! you have a QR code you can place anywhere, that will wash away without harming surfaces or the environment!

Read this to make a QR code stencil

Naturally we would never, ever encourage anyone to do this… but it’s happening here and there. QR code “hacking” is simple and frighteningly easy to do. If one were so inclined, it would be simple to use a company’s ad and QR code to promote another product or send an anti-message… but that would be wrong!

Marketers long ago discovered the benefits of adding QR codes to their packaging, not the usually conservative pharmaceutical industry has discovered that QR codes on their packaging not only helps boost consumer confidence in their brand, they provide much needed information and can even be programmed to send reminders to patients on when to take their prescription medications.

QR codes are also being employed to help remove the threat of counterfeit medications. A microtaggant labeled with a QR code can contain more information than a barcode and multilevel coding allows data from a partially damaged code to be recovered. The code can be read from many directions, which helps in high-speed identification. Prof. Wook Park, Prof. Sunghoon Kwon, and co-workers use lithography to fabricate QR coded-microtaggant from a photocurable polymer and a fluorescent monomer. The fluorescent monomer gives the QR code a vivid color, allowing it to be read with a digital detector.

Have you looked at your paper receipt when you make a purchase? Chances are good that a QR code is on there. They are linked to everything from discounts on your next purchase to product and store information.

Retail giant Walmart has introducing a digital receipt service across its 4,200 US stores, enabling shoppers to store a digital version of their receipt in a mobile app by scanning a QR code shown on their paper receipt or by entering their mobile number at the point of sale. Customers will then be able to use the receipts to create a shopping list on their device, making their in-store experience “easier and more convenient.”

Most big box retailers have started including QR codes on their receipts for good reason… they work! 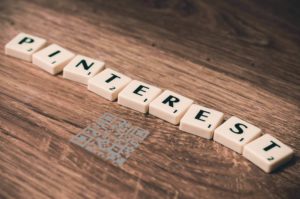