QR codes are pretty much used for everything nowadays. Ever since they were created back in 1994 to track vehicle parts during manufacture, QR code applications have grown exponentially thanks to their continued support.

From discount coupons to vCards, from social media fan pages to YouTube videos, QR codes are the best way to connect the physical world to the digital one.

It is important to point out that there are those who believe that QR codes are a thing of the past. The thing is that the argument itself is from a bygone era.

A new dawn has come for QR codes. A renaissance, one might say. And this is all thanks to one audience in particular: millennials.

Millennials: what’s that all about?

Also known as Generation Y, this particular demographic includes all now young adults that were born in the mid-1980s.

Aside from their own political, religious and overall thoughts and views, millennials are the ones who carry the torch regarding the use of new and innovative technology.

Thus, it was only a matter of time until QR codes caught the attention of the new generation. The question is…

How millennials found their way to QR codes

The answer is simple: QR codes provide a unique experience. This might sound reductive but bear with us.

Millennials are always up to date. Whether it has to do with new ways to interact with one another or access special content, they are constantly active and searching for the next big thing.

QR codes do all of the above and more. Their endless possibilities entice users to scan them and find out what is in store (even literally).

There are other technologies that are somewhat similar to QR codes; those being Augmented Reality and Near Field Communications. The thing with these two is that they are not as popular as QR codes and are far more expensive to develop.

QR codes need NO developing. There are tons of QR code generators and managers that you can use to create your own set of codes and have them out in the world in the blink of an eye.

Back on track, let us go over some facts that help understand how the relation between millennials and QR codes came to fruition. These codes are intended to connect people and businesses together and start a conversation.

Messenger codes bypass the ordeal of having to search for a friend or store. One simply has to scan the code using the app’s integrated scanner, which immediately opens up the dialogue box to start chatting.

Facebook users can download the codes and place them on business cards, for example, in order to allow other users to reach them instantly.

The technology is based on the same basic principles as QR codes. This, in turn, created interest in the latter, fomenting the application of QR codes to a new and broader audience.

Further more, Facebook also allows its users to upload QR codes as profile images. They can even boost their Facebook events with QR codes by creating them within the options menu. This proves how Facebook supports this technology and all its possible applications.

Back in late 2014, it was shocking to find out that Snapchat had bought the now inactive QR code generator Scan.me for a whopping 50 million dollars. The reason is now clear as day.

Snapchat had a plan. Having an app developed only for mobile devices, the company made it possible for its user base to connect with each other via their own codes: Snapcodes. Much like Facebook’s Messenger codes, Snapcodes offer the opportunity to follow and be followed by simply scanning the code with the app’s reader. They can also be downloaded and customized, making them more personal and appealing.

Snapchat already had the upper hand providing a cool new experience that no other social media platform has ventured to try yet. And with Snapcodes, even startups can get a hold of them.

The new kid on the block: Kik

Kik is a Canadian messenger app that was released in 2010. What’s interesting is that, according to Fortune’s article, “the company’s CEO Ted Livingston envisions a world where codes are everywhere, and we use them to place orders, buy things, and save information on them.” Indeed, there are codes everywhere.

Kik uses dedicated codes to connect people together, but it looks like this is just the beginning of the app’s true purpose. Of all messaging apps, for that matter.

This huge messaging app that thrives in China and Japan, might be the future Kik’s CEO envisions.

WeChat allows users not only to interact with each other but also to perform mobile payments and order at restaurants. These actions sure sound familiar… that’s because QR codes do just that!

From these facts, we can gather that the answer as to why millennials are now into QR codes is because of the ever expanding opportunities that messaging apps offer by allowing its users to scan codes.

The new generation wants easy and quick access to whatever they are looking for. Typing interrupts their flow; scanning a code, on the other hand, encourages them to be on the lookout for offerings, information, content, etc.

With that being said, you might want to know how you can engage with millennials. Incorporating the latest technology (QR codes) puts you on the right track. Here are some extra things you should know in order to get started:

Before generating a QR code, you have to have in mind what will your targeted audience get from scanning your code. It can be anything, but that content has to be special.

QR codes open up endless possibilities. The key is to narrow down those possibilities in order to come up with something unique; something that will get the attention of the new generation.

Say you have a game that can be downloaded from the app store. Instead of having users search for it, you can create a QR code and insert the app’s URLs.

If the game is available on Android and iPhone as well, users will be instantly redirected to the app store that is compatible with their mobile device’s operating system upon scanning the code.

Millennials enjoy the interactive part of scanning a QR code just as much as getting access to their unique content. To achieve this, concentrate also on having your QR codes stand out among the rest.

QR codes are commonly seen as ugly black and white puzzles. But the truth is that by customizing them, you can shift this paradigm and make the codes more appealing. 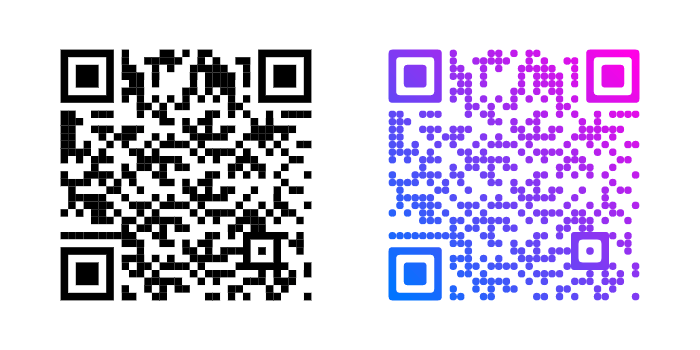 Having a QR code linked to your preferred social media profile is one of the most profitable ways to make your users become active participants and help strengthen your community.

Again, if it weren’t for messaging apps, this huge boost in QR code awareness wouldn’t have happened. And these apps foment social interaction.

Generally speaking, the content of a QR code is meant to be viewed on a mobile device. Meaning that if your current website is desktop only, you might want to rethink your strategy. More so considering the fact that millennials are all about mobile.

If you don’t have the time or resources to accommodate your website to mobile devices, QR code managers offer the possibility to create mobile pages. You can insert your own text, images and more without having to worry about programming.

A QR code marketing campaign has to be well thought out. It is not only about the premise but who it is targeted to.

Millennials are here and they are eager to discover more about this technology. Better a hold of them now. You don’t want to wait until the 31st century!

So, what are your thoughts on this? Do you think millennials can reinvigorate QR codes? Leave us a comment below! 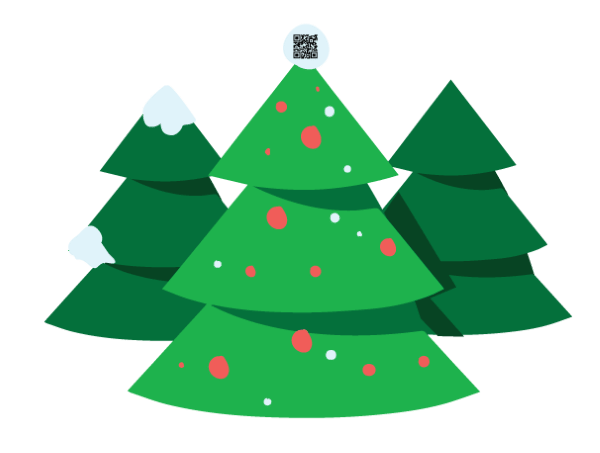