In yesteryears, videogames were not all that of a trend as they are nowadays. There were small niches mainly targeted to kids and young adults with games ranging from Super Mario Bros. to Street Fighter. But what made videogames what they are now is the social interaction they inherently have. Throughout their evolution, technologies were built around videogames to provide unique experiences to all players, connecting them as a community. Such is the case of the famous videogame franchise Pokémon using QR codes. A new way to play, interact and… Catch ‘Em All using Pokémon QR codes!

Before we head into this new use of QR codes, let us skim through video-gaming history.

Videogames’ first steps into the social realm began when the split-screen was introduced. Players were able to interact with each other while viewing there own unique partitioned screen on a TV.

This leads to yet another turning point; LAN parties. Once again, players could partner up and experience a videogame together. Split-screen allowed, in most cases, to play with up to four friends. A LAN party boosts up the amount of players to 32 or 64, depending on the videogame.

Long story short, internet found its way into the videogame ecosystem, and now everyone has access to play. We’ve all become geeks and nerds, in a way… We can play from a videogame console, a PC or even a mobile device. But the sole ability to play everywhere and being able to choose from a huge variety of genres is just a part of the enjoyment. 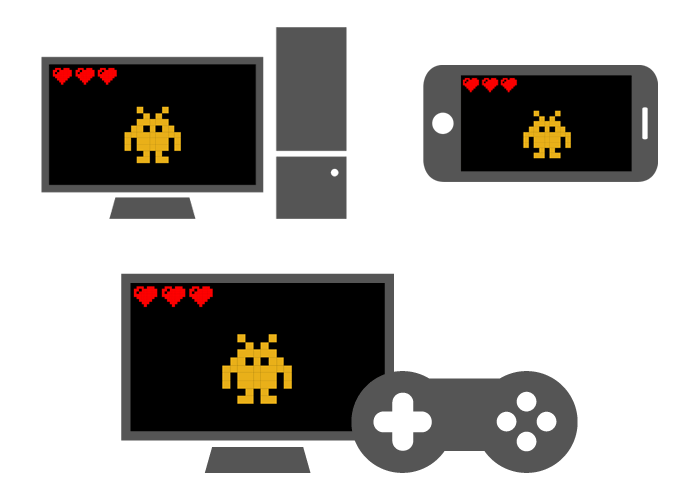 Videogames have become, as pointed out before, what they were meant to be; a social platform. Players can interact with each other, or with the game itself, and get unique goodies by doing so, in the form of achievements, trophies, medals, unlockables, etc.

This brings us to this article’s main topic. The new upcoming pair of videogames by Nintendo, Pokémon Sun and Moon, and their use of QR codes. 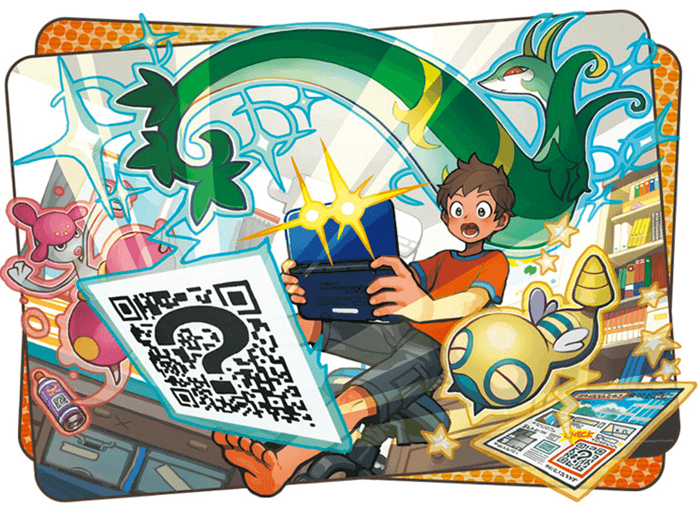 When speaking about Nintendo, one of the largest videogame companies in the world, the word play comes to mind instantly. In every console generation, Nintendo has given us new ways to interact with our games.

The Wii, for instance, brought motion controls which were intended to be used by all members of the family, for they are easy to pick up and play with. They also introduced Miis; cute avatars that represent the players and can be used in different videogames, and even shared with other players via QR code scanning. Their newest flagship, the Wii U, has a screen integrated to the controller allowing the player to interact with both the TV and the gamepad simultaneously. The gamepad also features an NFC reader to access unique content via their wave of Amiibo figurines. The Wii U’s inclusion of a second screen resembles the technology Nintendo embraced with its handheld console, the Nintendo DS. And now, with the new Nintendo 3DS, the company is using the power of QR codes to enhance the player’s interactive experience.

The application of QR codes in Pokémon Sun and Moon allows players to use the Nintendo 3DS’ integrated camera with a QR reader to scan special codes that will provide information on the whereabouts of Pokémon, hidden in the world map’s game. 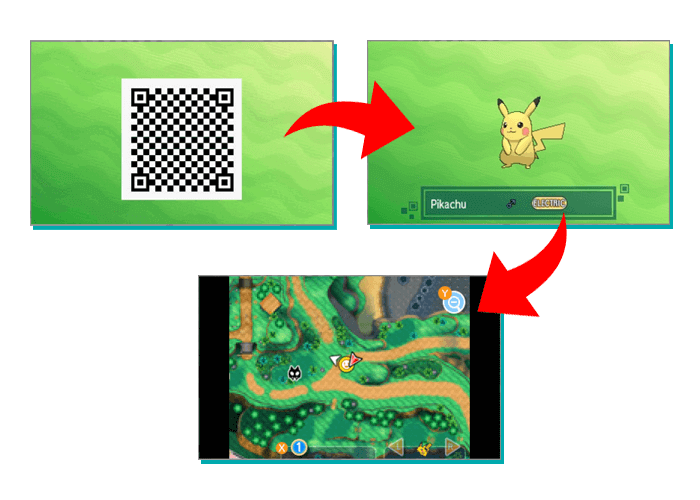 This entices fans and newcomers alike to be more engaged with the game and be mindful of their surroundings. Players can also share the QR code patterns to have the information displayed on their own Pokédex, which is the fictional tool that records and stores all the Pokémon a player catches.

Past Pokémon games used QR codes in an unofficial way, so to speak. Some allow players to even get rare Pokémon by scanning QR codes. This time around however, Pokémon Sun and Moon’s QR codes are very much official; possibly thanks to the fans!

There is still much to be unveiled in regards to where Pokémon Sun and Moon’s QR codes will be placed. At E3 2016, Nintendo gave an entire keynote on Pokémon Sun and Moon. Rest assured, Nintendo is putting all it efforts to make this new adventure very unique with the use of Pokémon QR codes.

The Power of QR

As new QR code uses keep emerging, the question as to why are they popular and when will they flop, becomes futile. Pokémon QR codes are one of many proofs that the technology can provide unique content and user experiences. Furthermore, it introduces young audiences to the world of interactivity. Kids learn from searching, scanning and getting rewards while playing a videogame. This means that QR codes have a second nature; to educate. To form and inform users via different applications. Nintendo is very aware of this, and that is why they keep on innovating hardware while retaining their software enchantment.

Speaking of Nintendo’s innovative nature, the mobile game Pokémon GO has taken Pokémon fans by storm. The goal to “Catch ‘Em All” has become as real as it gets!

Pokémon GO is a free mobile game for Android and iOS that uses the smartphone’s GPS and internal clock to show Pokémon on screen while roaming around the real world.

This technology is known as Augmented Reality, which combines a view of a physical environment with computer generated graphics.

The game is not only a love letter to fans, eager to find and catch Pokémon in new and exciting ways, but it also encourages newcomers alike to travel across the world in search of in-game monsters. You never know when and where a wild Pokémon will appear!

Pokémon GO is a much more streamlined game than its handheld counterparts. Instead of playing as a Pokémon trainer, YOU are the trainer. There’s also a huge difference in terms of combat; you fight the monster directly and swipe the screen to try and catch it with a Poké Ball. It is a much more engaging and rewarding gameplay mechanic. VOX explains Pokémon GO changes even further.

Being a free game, Nintendo has opted to include in-game currency. You can buy extra Poké Balls, special luring items and even eggs that can hatch into new Pokémon. All of this makes the game more enticing but if you choose not to use them, it won’t hinder your experience, which is great!

All in all, the word GO really speaks for itself. Pokémon has its roots in the late 1990s. Since then it has been evolving (no pun intended) and now it has become a mobile gaming phenomenon. It has tons of features still to be discovered, but as of now, it has everyone amused and captivated with its use of AR technology to catch digital monsters in the physical world.