At the 2017 Apple Worldwide Developers Conference, the multinational technology company unveiled its latest version of their mobile operating system: iOS 11.

Alongside the new lineup of products Apple showcased during the event, iOS 11 was arguably the highlight of the conference.

iPhone and iPad users will now be able to customize the control center, type one-handedly and have a smarter Siri by their side. More so, iOS 11 introduces the ability to scan QR codes.

QR code detractors argue that QR codes have one major problem; an app has to be downloaded in order to scan them.

This is being addressed more and more by mobile carriers that opt to include a preinstalled QR code reader in their devices.

In a previous article we’ve also seen how Google Chrome allows its users to scan QR codes via a dedicated feature within the mobile version of the browser.

Users are becoming increasingly more aware of QR codes, how they work and, more importantly, what they can access by scanning them.

As a result, the inclusion of apps or features that allows QR code readability is also growing. And now, iOS 11 has got its fresh QR code scanner too.

How to use iOS 11 QR code reader

The first thing to do before scanning a QR code with your Apple device is to activate the feature itself. 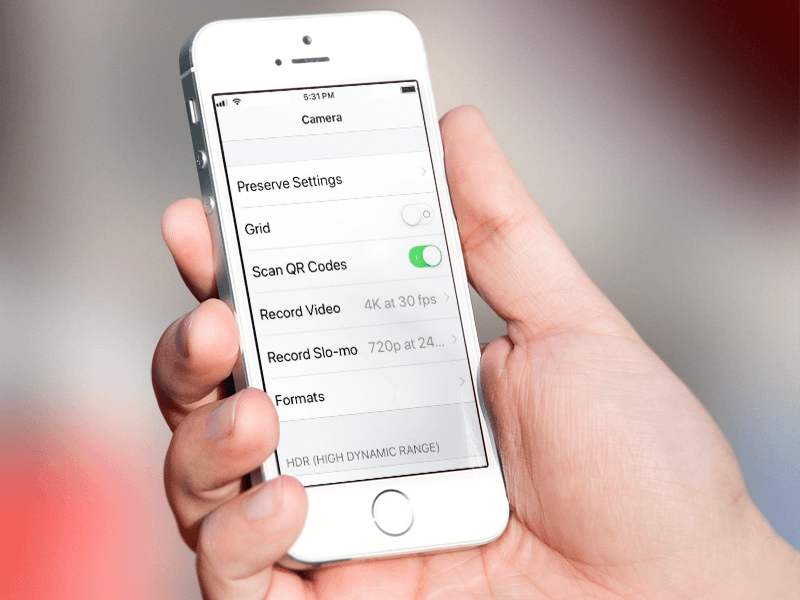 This can be easily done by checking Scan QR Codes within the camera’s settings.

After that’s done, your iPhone or iPad will be able to scan QR codes and access their content.

Aside from enabling users to scan QR codes, Apple’s integrated QR code reader opens the way for other operating systems to include this feature as well.

Android, Windows, even Blackberry could very well be the next platforms to allow their respective users to scan QR codes seamlessly.

QR codes are all about quick access to content. Such a premise is not only tied to the readability of a QR code but the means in which this can be achieved.

In this respect, having a reader/scanner already there for you to use would bypass the “ordeal” of having to download a specific app.